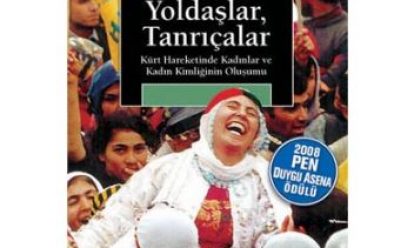 Summary:
The fact that the Kurdish identity is not recognised officially in Turkey and the reactions caused by this fact are among the important issues of the country’s agenda. Since 1984, the conflict between the Kurdish movement and the state security forces has grown .
The significant feature of the Kurdish movement is the active participation of women. The book claims that women are not passive elements mobilised by the Kurdish movement. The book looks into the political mobility that gave rise to the visibility of Kurdish women with the identity of “Kurdish woman” in the public sphere. The formation of the “Kurdish women” identity and political activities of women are dealt through the approach of new social movements considering collective identity, collective action and agency as interacting constructions. In order to reveal the interaction between the formation of Kurdish woman identity and Kurdish identity, this study benefits from the debates focusing on the mutual constitution of national identities and gender.
According to the book, the majority of those who speak about the ethnicity in the construction of the ethnic identity and in the political processes based on this identity, are men. This subordinates women and causes a new patriarchal control mechanism over them. Nevertheless, it is put forward that political and social mobilizations empowered women. It is alleged that women’s
participation as agents might influence the discourse and structure of the movement.
It is argued that re-definition of the honour has played a significant role in the process in which women have passed beyond the boundaries of the patriarchal impediments. It is also underlined that the acceptance of women in the public sphere was only possible on the condition of being sexless.
These allegations are based on the relevant literature, an investigation of the basic documents of Kurdish movement and oral history interviews with forty women.
The importance of the book comes from the fact that it analyses the life experiences of the Kurdish women, who are made invisible twice and being marginalized due to the official identity policies and the gender system in which the women are subordinated, by taking into account the process whereby the Kurdish woman turned herself into a political subject. Therefore, the book
makes the voices of the Kurdish women be heard.
Due to copyright restrictions only some parts of the book have been digitized and uploaded: a part of the introduction, excerpts
from chapters 3, 5 and the conclusion.

Open letter to the European Parliament. Prominent women of politics, culture, sciences and business demand democratic debate on the situation of women in Poland.

The appeal of the Movement for a Prostitution-Free Hungary addresses the general public and government officials.

The text explained why women’s question was beyond class differences, as women were still treated as second class citizens while issues such as their unpaid domestic work, men’s violence to women, all the disadvantages that women faced in work and education, were issues for all women, because of their gender and not because of their social origins.