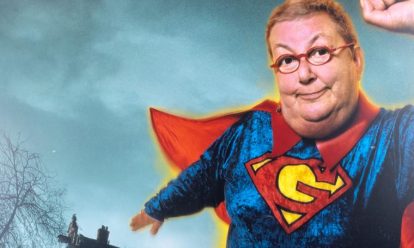 Half a year before she would die, in 1998, Annemarie Grewel decided to cooperate in a large publicity stunt from the Nederlandse Vereniging voor Vrijwillige Euthanasie (Dutch association for voluntary euthanasia). In this picture from Erwin Olaf, Annemarie Grewel is escaping the doctor and the priest as Superwoman. In the text, the feminist and former Vice-President of the Upper Chamber breaks a lance for euthanasia:

‘It was quite a struggle to make me into a superwoman, as I was heavily inflated from all my medicine. But it seemed to me a nice gesture to the ‘super people’ who think they are eligable to decide on other people’s death. I’ve had a nice life and I don’t want to die awfully. That’s my right, isn’t it?’ 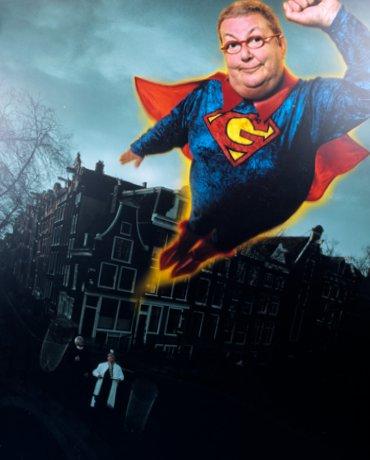 The ascend into heaven – together with the euthanasia declaration – of Superwoman was supposed to be publicized throughout the Netherlands, but the Association cancelled the whole campaign.

Another well-known feminist, Hedy d’Ancona, selected this photograph for the exhibition she was arranging in the National Museum of Ethnology in Leiden, called ‘The Personal is Political’.