The Turkish-German Seyran Ateş is a feminist, activist, lawyer and co-founder of the liberal Ibn Rushd-Goethe mosque, which opened in July 2017 in Berlin. On September 24th, 2018, she talked to feminist opinion-leaders about feminism and Islam during Atria’s F-lab. Interviewer Astrid Elburg spoke with Ateş about her mission – an inclusive and democratic Islam-, why she identifies as a feminist and more. The meeting was concluded with a Q&A, moderated by Zehra Sariaslan. 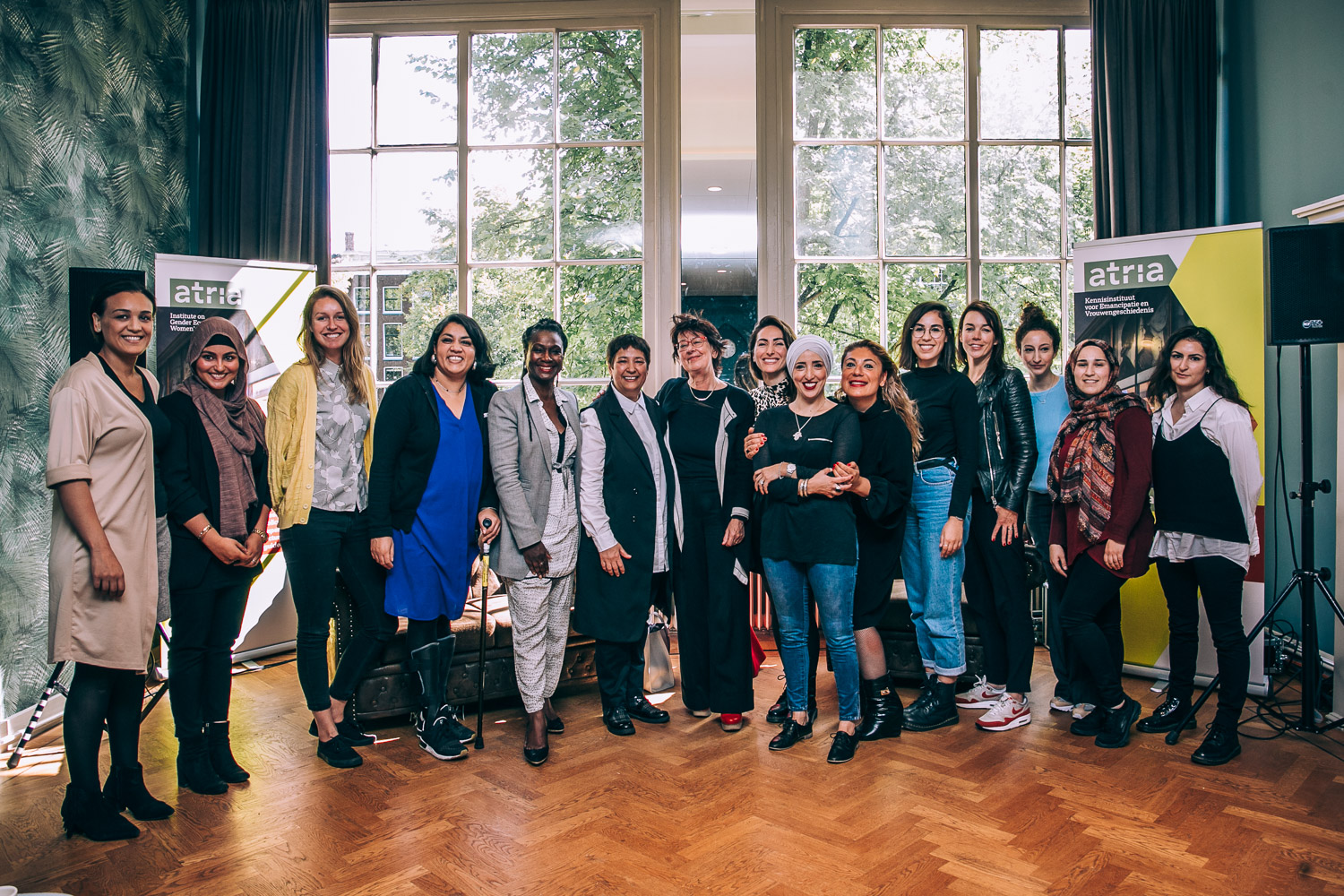 Ateş has a clear mission: to create a safe atmosphere for a democratic Islam where women, men and members of the LGBTIQ + community have the ability to pray together and study the Quran. The Ibn Rushd-Goethe mosque in Berlin is a concrete step in this direction.

The feminist perspective of Ateş on Islam is new and unique in Europe and can therefore count on great interest. “I get messages from all over the world,” says Ateş during the F-lab. “Many Muslims are happy that there is such a place [The Ibn Rushd-Goethe Mosque, ed.].” However, a large part of the Muslim community is also very critical of the mosque.

To bring about a revolution in Islam is only possible from the inside, by means of a liberal mosque, argues Ateş. “As an activist I can tell you: you need a mosque where all people come together. This is a great fear some people have, a mosque with a female authority where freedom in religion is allowed. ”

There are more upcoming plans, including the opening of a similar liberal mosque in London. “The problem is: people are afraid. Many people tell me: I want to open a mosque like that too, but I do not want to give up my privacy.” Ateş herself is strictly protected by security guards because of her ideas.

Can feminism and Islam go together? According to Ateş they can: “I am a feminist, but at the same time I believe in God.” After all, feminism is not the opposite of faith, she emphasizes. “No one can say: it is impossible to bring feminism and Islam together. Why? Because as a feminist I am always alert to situations where women are not equal. I also see it in religion. ”

She does not shy away from discussing her own religion, Islam, from a feminist point of view. Yet there are many people who do not see Ateş as a feminist. “Because I’m against the headscarf on, for example, the head of the teacher.”

Ateş calls for distinction between the public and the private. Religious identity should not be traceable in public functions. “If you represent the state, you must be neutral. We have a neutrality law in Berlin. For example, police women are not allowed to wear headscarves.”

The concept of neutrality and identity, however, raises many questions during the Q&A. Because who determines the definition of neutrality? “Gender, sexual identity, color, these are things that you cannot change,” explains Ateş. “But to express your position by wearing a headscarf is choice.”

The right to self-determination

The crux, however, is that the right to self-determination over one’s own body lies at the basis of feminism. Wearing a headscarf should be a free choice in line with this feminist ideology, and this clashes with Ateş’s position, who states: “the government must remain at a distance from religion.”

Atria director Renée Römkens wraps up the F-lab with Seyran Ateş and remarks: “The frame of neutrality is creating an issue here. The argument that can be used is the separation of religion from the state. But that is a different frame than that of neutrality; what we consider to be neutral is always also informed by values. The dialogue could be made easier if we were aware of how sensitive it is to use frames that have a value attached to it.”

It’s been a decade since I’m working as a journalist in the biggest muslim community in the world, Indonesia. I covered so many issues, namely, women issues, terrorism, radicalism, LGBT issues (Lesbian, Gay, Bisexual, and Transgender), corruption, human rights, etc.