Being in Washington at the Global Women’s Institute (GWI) at George Washington University is a privilege in many respects.  Certainly at this point in time: historical changes are happening. 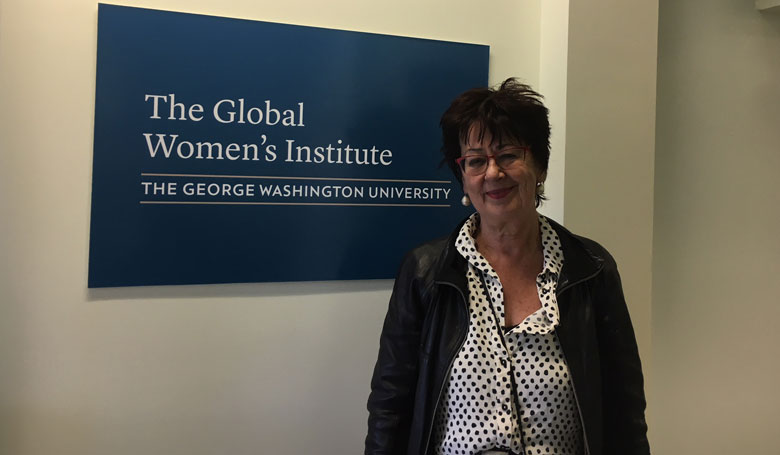 This weeks elections provide an unprecedented example that is omnipresent: American women wrote history in the elections. For the first time ever over a hundred women succeeded to getting elected in the House of Representatives: the first native American woman, the first Muslim woman, the first openly lesbian mother, and many other firsts were elected in various positions. Most of whom are Democrats. A major blow to a president who got himself elected despite his publicly known reputation as a narcissistic bully and sexual grabber (if not worse). The Women’s Marches across the world on January 2017 set off protests against him in historically unprecedented numbers. I vividly remember the signs carried in the Women’s March in Washington announcing that women would take power at the next vote.

And here they are, within two years: sweet revenge. More women than ever in American history came forward as candidates for the Democrats, and got elected. The writing was on the wall in the days leading up to the elections: many African American colleagues and friends shared stories about efforts to get their relatives and friends out to vote, to break the circle of resignation about politics: going literally from door to door (‘canvassing’), offering rides to people to the voting station. Helping people to get their ID.

It brought back memories when I lived in the US and the only time I went canvassing with friends in Florida in November 2004 – knocking on doors, trying to get people to go vote for John Kerry (running against George Bush). Then it did not bring the victory we had hoped for, deepening my sense of alienation as an immigrant. It gives great hope now to see that citizen’s efforts did make a difference in 2018.

Yet the political battle with Trump’s shamelessly egotistic and destructive politics, both nationally and internationally, is clearly not over. Republicans – mostly white males – still hold a majority in the Senate. Trump fired his Minister of Justice the day after the elections– a sad sign that respect for the rule of law is at risk. And the backlash against the press continued right away by withdrawing the press credentials for the White House of a CNN reporter whose questions mr. Trump refused to answer.

The work for women has only started – no doubt they will make the difference.

It’s been a decade since I’m working as a journalist in the biggest muslim community in the world, Indonesia. I covered so many issues, namely, women issues, terrorism, radicalism, LGBT issues (Lesbian, Gay, Bisexual, and Transgender), corruption, human rights, etc.