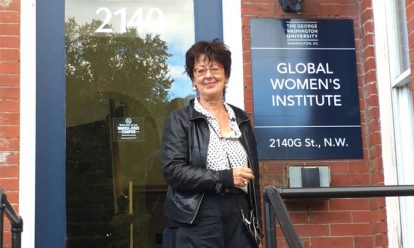 Presenting to one’s international colleagues is paradoxically also an opportunity to look in the national mirror. When giving my lunch talk recently at the Global Women’s Institute at George Washington University about Atria and my research, the discussion with colleagues and scholars in the gender field, clarified again how a Dutch and European perspective informs my work. Which is not to say that there are no similarities between Europe and the USA, on the contrary. Globalization is a reality, notably in the field of gendered issues.

The Council of Europe as the human rights forum in Europe launched the Istanbul Convention to prevent violence against women and domestic violence. It clearly built on international social and legal developments. The question in my current research is how in the dominant neo-liberal (populist, conservative) political climate in Europe, the gender backlash is unfolding (gender as “ideology”). It becomes increasingly visible this gender backlash undermines in particular the intended prevention and protection measures the Convention was supposed to bring about. A lot of noise is currently inter alia in Bulgaria, Slovakia and Poland, calling for turning back ratifications of the Convention since its gender focus is undermining traditional gender values and habits. Although the USA has not ratified any human rights treaty, a gender backlash is no exception when it comes to protecting women’s rights against violence. Renewal of the US Violence Against Woman Act is under siege in the current government. 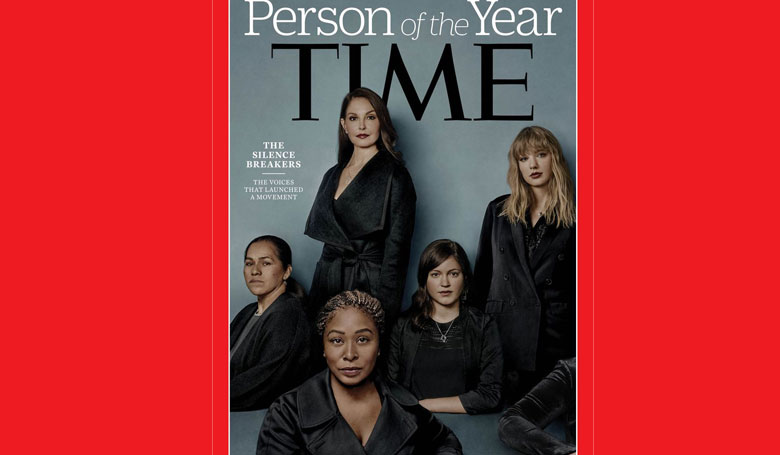 Current developments around #MeToo were discussed briefly since they present a whole new range of ambiguities where the impact of a gender backlash is never far away. On the one hand #MeToo as a discourse reflects a historical shift in political engagement that mobilizes women – and an increasing numbers of men – in unprecedented numbers, often with a clear feminist perspective. Without social media #MeToo could have never been become a social movement and a vehicle for women’s social and political empowerment. #MeToo is not so much about sex but about social justice. Protesting sexual harassment is a protest against abusive male/masculine power and its normalization in mainstream culture. On the other hand #MeToo also evokes gender conservative rhetoric. In it women again become the ones to blame for a whole range of reasons. At the very best for being prudish or heavy handed and lacking a sense of humor. At its worst women are accused for being aggressive, lying and ruining men’s reputations with false accusations. Public debates easily gravitate towards the question whether accusations are true or false, pitying the men who are accused. The message: the issue should be handled on an individual basis, case by case, in criminal or civil court. Social  media are misused for ‘trial by media’.

Lynzy Lab recently captured the victim blaming attitude that often transpires in public debates brilliantly in a video of herself singing the song to You Tube early October 2018. Within a few days it was viewed more than 200,000 times on YouTube and retweeted more than 81,000 times.

From a socio-legal perspective we can raise another question. Instead of focusing on criminal or civil law, always individualizing the case, could a human rights perspective on sexual harassment make a difference? If sexual harassment is framed in terms of social (in)justice and a flagrant violation of the right to protection of fundamental rights – one can argue that it brings about a state responsibility to prevent it from happening. Could it offer a frame that shifts the focus on preventive policy and legal measures and support for victims? Instead of who is right or wrong (which is undoubtedly important on an individual level), a set of other questions come forward. What are responsibilities of the state to create an enabling environment that can help to protect women structurally as a group who suffers discriminatory violence?  How to create social conditions that allow any person, regardless of their sex or gender, to enjoy and fulfill the right to be free from violence and  discrimination? Sexual harassment disproportionately affects women and any person who is perceived as non-conforming to the heterosexual norm. It is the structural  discriminatory dynamic that still is insufficiently acknowledged. Both in the USA as in Europe we see similar dynamics.

The progress made with the Istanbul Convention as well as #Metoo as a historic social movement, seems to reflect that efforts to address gender based violence always touch upon strong personal feelings. Hence maybe this dynamics like in the traditional Echternach-procession: three steps forward, two backward. We certainly go forward. No one gives up power gladly nor easily, no matter which part of the globe we’re at. Maybe the gender backlash simply underlines how fragile progress often is: never to be taken for granted.