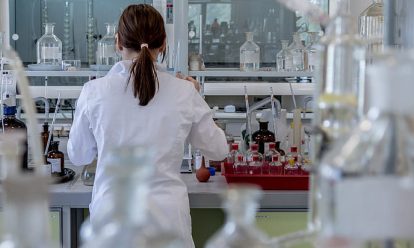 At first sight, crises and disasters do not seem to distinguish between people. Yet, they have different effects on different groups in our society. In the case of the Covid-19 epidemic, currently more men than women are dying from the virus. It is important to further research this fact. This also immediately points out why it may be necessary to hold data on the various effects of a disaster, crisis or illness of men and women. Several entities and international bodies such as the World Health Organisation (WHO), United Nations, UN Women and World Economic Forum stress the importance of a gender perspective on the effects of the coronavirus. Atria had listed some of the issues where the differences between men and women play a role.

Medicines that work for everyone

When developing a vaccine for the Covid-19 virus, it is important to take into account the differences between men and women. Within science, the male body is still often the norm. This means that medication is less frequently tested on women. But it also means that the difference in symptoms of disease between men and women are sometimes overlooked. This can have life-threatening consequences. When developing a vaccine against the coronavirus, it is essential to ensure that it is tested for efficacy and side effects for both men and women.

On a non-medical level, the crisis has different consequenses for men than for women too. In times of crisis – such as natural disasters, wars and epidemics – the risk of gender-based violence increases. Since the corona outbreak in China, the number of cases of domestic violence reported to the local police has tripled. The dutch National Network Safe Home (LNVT) fears that there will also be an increase in new violent incidents in the Netherlands. Programmes and interventions will have to take this aggravating situation into account. Extra shelter where necessary, and keep an extra finger on the pulse, especially during these times.

In the Netherlands, the one-and-a-half-earner model is still the norm and the traditional division of tasks is still widely represented. Women also spend more time on ‘emotional work’ than men, such as arranging day-care, doctor’s visits or helping with homework. In the long term, the coronavirus may lead to a relapse in traditional gender roles. After all, how do partners divided the tasks at home? Chances are that extra care tasks and home schooling will fall mainly on the shoulders of those who already had the most care (the women). On the other hand, there are now also unique opportunities. Men can take steps in picking up and taking over caring roles. For example, if their female partner works in health care or education, vital professions in which women are predominantly employed and which are now highly demanded.

Viewing the group that was already vulnerable before the corona crisis, we see that women already live in poverty more often than men. Thus, they also make more use of facilities such as the food banks to stay afloat. The temporary closure of many food banks due to the crisis puts even more pressure on healthy and sufficient food. In addition, with the closure of schools, single parents, often mothers, face even greater difficulties because they are on their own in combining income, care and education.

Structural and economic revaluation of caring professions and roles

Women in the front line

There is a striking recurring pattern worldwide: women are the least visible in decision-making around crises, while they are most represented in the front line of healthcare providers. In the Netherlands, almost two-thirds of the occupations that have been designated ‘vital’ by the government are filled by women. This concerns, for example, professions in healthcare and education, but also in the cleaning sector. These professions are crucial in preventing the rapid spread of the virus. It would be nice if the social support for the concern currently expressed in the form of collective flashmobs, political statements and countless thoughtful gestures by individuals would lead to a structural and economic revaluation of caring professions and roles.

In short, it is important to have a clear picture of the consequenses of the corona crisis for different groups in society and what they need. This also calls for inclusive dicision-making, so that specific measures are taken where necessary to prevent the inequalities that already exist between men and women from widening further.

For the abovementioned reasons, Atria will continue to work for emancipation and gender equality in the coming period. Our programmes, research and policy advice will continue. And although the library and archive are physically closed, we take good care of the collection in the meantime. We can still be reached by phone and online. In addition, we will keep you informed about the gender related effects of the coronavirus and coronavirus policies through blogs. So keep following us through our social media channels Facebook, LinkedIn, Twitter and Instagram and subscribe to our Newsletter.