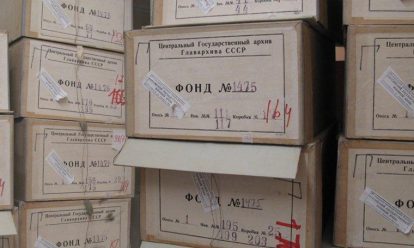 History of the Jacobs’ archive

It is not absolutely clear how and when the papers described here came into the possession of Atria, Institute on gender equality and women’s history .
In the preface of her Memories, first published in 1924, Jacobs writes “when I first started to read through my old letters and papers ..”. In this book, she mentions correspondence with Bertha von Suttner, with William Stead, and Bjornstjerne Bjornson. Certainly not all the letters she received during her life have survived. There is, for example, no correspondence with her husband, as far as we know. Maybe she destroyed some papers herself when finishing her autobiography.

When she died in 1929 in Baarn, her belongings were in the house of the Broese van Groenou’s in The Hague. Certainly some papers and objects stayed there, Mien van Wulfften Palthe was her only heir by testament 1923.

1935 – International Archives for the Women’s Movement

In 1930, May 20, Rosa Manus writes to Clara Hyde, the secretary of Carrie Chapman Catt, “Dr. Jacobs’ books have come to me now, and I am organising a real feministic library which I hope, will prove useful to the feminists”. This library was founded in 1935 by Rosa Manus, W.H. Posthumus-van der Goot and Johanna Naber, and was called the International Archives for the Women’s Movement (IAV) in Amsterdam. In a letter to Posthumus-van der Goot from October 14, 1936, Rosa Manus wrote from Montreux, Switzerland, that they had to open the ‘trunk Jacobs’, when she is back in Amsterdam. The ‘First Annual Report of the International Archives for the Women’s Movement, from the foundation until the 1st of May 1937’, reports that Rosa Manus has given a big part of her own library, including very precious material from dr. Aletta H. Jacobs, to the International Archives (p. 166).

In February 1940, because of the threat of a war, several valuable papers were stored in a safety deposit box, among them a stack of letters to Aletta Jacobs, as is written on a list. On July 2, 1940, an abrupt end came to the flourishing beginning of the IAV: the German Sicherheitsdienst knocked on the door of the IAV, told the two women who were present to leave, and sealed the door. A few days later the Germans removed the complete content of the IAV to Germany.

After the war, in 1947, only one tenth of the material came back. The board of the IAV claimed damage to the missing books, archives and furniture by the ‘Schade-Enquête-Commissie’. Among the claims was the correspondence of Aletta Jacobs. They specified this archive as follows:

Not all the papers mentioned here are missing, because they are at Aletta, Institute of Women’s History (formerly the (I)IAV), and probably always have been.
Other archival material of Jacobs, however, had been taken by the Germans in 1940. We know that since 1992, when it became clear that in a special archive (Osobyj Archiv) in Moscow a lot of archives from the Netherlands, Belgium, France etc. were stored there since 1945. When the Russians liberated East Europe, they took these items with them as spoils of war.

Aletta Jacobs’ archive consists mostly of letters from women from many countries; it covers the period from 1876 to 1929. Most of these letters deal with several different subjects. It was not possible to arrange them by just one subject. That’s why the greater part of the letters in this archive are arranged in alphabetical order, in the name of the writer: from Jane Addams to the Women’s Social and Political Union. Letters and other documents concerning just one subject are arranged under that subject.

The physical extent of the archive is 1 linear meter.

Dr. Aletta Henriëtte Jacobs made a very clever book with moveble parts to show the working of the female body in a comprehensive, yet understandable manner.