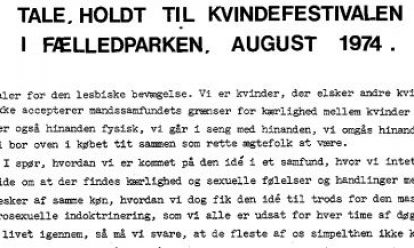 Summary:
The lesbian movement was founded in July 1974 by breakaway members of the Redstockings Movement. A month later the brand new organization came out on the main scene at a feminist festival in central Copenhagen, when two spokeswomen took turns reading a manifesto. They called for lesbian visibility and action against homophobia imbedded in patriarchal capitalist societies, most manifest in legislation, science and the media.

This Booklet gives an outline of the actual position of women in Malta vis-a-vis human rights, calling strongly on the government to amend a number of laws which were in conflict with human rights.

Women are exploited through the appropriation of their domestic work.