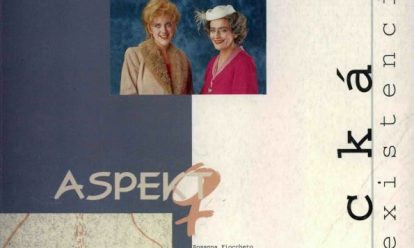 Summary:
Interview of Jana Juranova (one of editors of feminist journal Aspekt) with two lesbian women: Anna Daucíková and Anna Fábryová, both lesbian activists at that time (in the mid and late nineties). This issue of Aspekt about lesbian existence is one of the first materials in Slovakia in favor of people with a different sexual orientation, a revolutionary new topic in Slovakia
and the whole post-communist region. The interview is an insight to the life of the lesbian community, problems with relations, problems of coming out, as well as the problem of existence in a hetero normative society. The text (as well as the whole issue) was an identification possibility for lesbian women.
In this interview it is not important who is asking and who is answering and so the interview is without subtitle which would normally be like: “An interview of Jana Juranova with Anna Daucikova and Anna Fabryova”.

A comprehensive view of traditional and feminist understanding of sex, gender, family and personality.

The author calls for a definition of “sex” as a social category and for a homogenous approach of both categories in sociology.