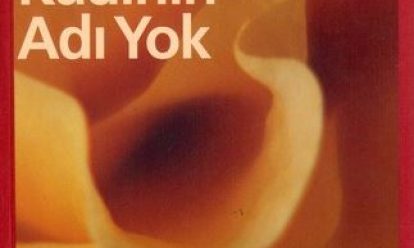 Summary:
The novel is about the daughter of a very conservative father who has old-fashioned ideas about the sexual relations between men and women, who is very jealous, exerting protective custody on his wife and daughters. At her early ages, the daughter thinks about men, relations, love and than gradually about issues like sex, equality and freedom. She becomes more aware of the phenomenon of men-women discrimination. As she grows older, she fights against the old-fashioned attitude of her father about women. She learns many things about love, relations and sex from her first boy friend. She marries him to escape from the father’s pressures and to live without being obliged to get permission from him. When she decides to work, she meets the humiliating looks of her husband. She works hard and she becomes successful. Meanwhile she and her husband are to be driven to different directions. She becomes close with a friend in the office. She leaves her husband. She is fired from her job because of this relationship. Afterwards, she will encounter other loves, she will have other relations, she will get other jobs, and she will fight for everything which is not given to her because she is a woman; she will get stronger and stronger and thereafter she will live honourably and uprightly.

The article was originally published in Aspekt journal; by mistake without the subtitle: “Ako je to s feminizmom na Slovensku” (English: “How it is with feminism in Slovakia”.)

The article deals with the situation of lgbt-families in Germany.

Rape was judged in the French criminal court and a new law was passed on December 23rd 1980 to recognize rape as a crime against women.