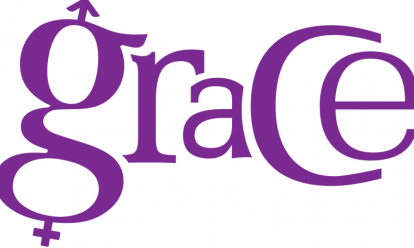 Is there a common culture of equality in Europe? And if so, what does it look like? Or do we use a common language, use a familiar concept, refer to a common culture without clear understanding of its semantic notion due to our historically and culturally different backgrounds? How have our cultures of equality been produced through forms of art and culture? These profound questions are at the core of the GRACE Project of which Atria is as a non-academic partner. In total 15 researchers from Europe and elsewhere will dive into these questions of culture and (in)equalities. On 11 May in the city of Hull, United Kingdom the launch conference of this pan-European project took place. So I travelled to Hull to be part of this event that consisted of a full day of speeches and a lot of food for thought moments.

The first speaker addressed family policy, gender equality and motherhood ideas in Europe. But before she went into this topic she addressed the question ‘what is culture’. Actually quite an important question to ask since we all come from different academic backgrounds (sociologists, anthropologists, historians, literature scholars) and therefore have different notions of the concept of culture. Back in 1986 a sociologist counted different concepts of culture used in academia and came up with more than 150 concepts within academia. It would be an interesting undertaking to redo this to find out if the number of concepts has grown or not. To be on the same page you have to know what you mean is understood by the other but it is more than just semantics.

The second presentation of the conference was given by professor Susan Stanford Friedman of the University of Wisconsin and it was the most memorable for me. She informed us about the reshuffling of the words by Woolff, as written in her famous novel A Room of one’s Own, by a British artist called Kabe Wilson. He said about the novel ‘the words were there but not in the right order’. The reshuffling of Woolff’s words, all 30,000 of them, took him more than five years. And the association thus made in the new novel gave Woolff’s words new meaning. The result is a respectful discussion with of the new with the old text. Wilson’s main question is ‘what can the present be taught about the future by the thoughts of more than a century ago.’ Something quite relevant in these times when Humanities, and therefore also archives and libraries like Atria, are under stress.

Another concept introduced to make us rethink the notion of culture deals with inclusion and exclusion. The essence of this concept  – space invaders – is that the invaders take over spaces but do not belong in there. In our world public spaces are white male dominated. Women and minorities are present but do not control or even own these spaces. As is proven in the academic world where more women than men graduate with higher degrees but nevertheless only limited numbers of them are making it to the top – such as full professorships or board positions. It is a subtle discussion about insiders and outsiders, about belonging and not-belonging, about acceptance and adaptation. Questioning the norm is the first step but changing the norm requires much more effort and often means a cultural paradigm shift. And therefore talking about cultures of gender equality means talking about marginalities and mainstream as well as inclusion and exclusion.

Processes of inclusion pose more challenges for racialized, classed and gendered bodies than for the main stream bodies. The ability to adapt is the ability to manage scripts of gender. Hyper femininity and hyper masculinity as expected behavior leave no room for the those who find themselves somewhere else in the gender continuum. How your body is perceived, articulated in the way you look and dress, is crucial for acceptance by the norm or for being excluded. Challenging the norm makes societies uncomfortable as was clearly demonstrated by the lack of appreciation for the female rugby team of Fiji. This hyper masculine sport, next to tourism the main economic driver for this South Pacific Island group, does not leave any room for gender bending. Not only is it considered unfit for women but most of these female players are transgender people as well. It makes society uneasy up to the point of exclusion instead of creating a process of cultural change and inclusion. Another example of subtle exclusion is the way people speak, the words uttered as well the manner of speech. Speech is a clear marker of class, culture and gender. Or as one of the speakers quoted an interviewee from the British museum sector ‘it is not a glass ceiling but a class ceiling’.

The launch conference was the first tangible proof of the GRACE project and its potential. A full day of presentations gave ample food for thought. But more importantly it set a standard for the next steps. The 15 researchers will start their research and will present their preliminary findings at the Winter School in Bologna next January. I am looking forward to participate and learn more about the cultures of equalities of gender in Europe.

Antia Wiersma. She was manager Collection, Research & Advice for Atria until 1 October 2017 and she was the representative of Atria in the GRACE consortium.

Did you know that the European Union has its own Gender Equality Index since 2013? The updated and improved version presented June 25th during an official launch conference in Brussels. Has gender equality in the European Union (EU) progressed since 2005?